Welcome to Dreadmire Swamp!
The wiki about the Dungeons & Dragons world of Dreadmire, that anyone can edit. 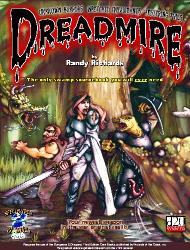 Dreadmire is a lengthy, detailed guidebook to a large swamp setting. The book includes chapters with background material not only for the giant swamp, but surrounding mountains, deserts, plains, hills, marshes, lakes, oceans, and mud flats -- including detailed encounter tables, spells, character classes and magic items indigenous to each area. The author used this phrase to describe the book:

To write a new article, just enter the article title in the box below.

Not sure where to start?

These vile creatures primarily roam the deep Backswamp where they scavenge on carrion, plants, fungi, oozes, and even roots in underground ruins. Anthroaches thrive in areas of filth and decay, striving to hasten natural decomposition. These disgusting insectoids pollute wherever they roam with the stench of despair, disgusting their foes and driving all from their habitat... 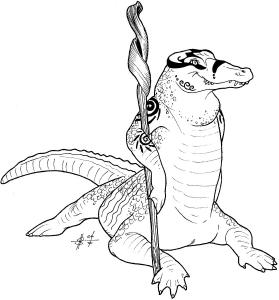 Retrieved from "https://dreadmire.fandom.com/wiki/World_of_Dreadmire?oldid=4017"
Community content is available under CC-BY-SA unless otherwise noted.